THE ORGANISATION OF AFRICAN,
CARIBBEAN AND PACIFIC STATES

OACPS > About us > Principal Organs

The Organs of the OACPS are:

The Organs and functions of the OACPS are delineated in the revised Georgetown Agreement [ACP/27/005/18 Rev.13].

The Summit of OACPS Heads of State and Government is the supreme organ of the Group. It defines the Group´s general policy orientation.

Since 1997, Heads of State and Government of Members of the OACPS have been meeting regularly to lay down the broad guidelines for the general policy of the OACPS and give the Council of Ministers instructions related to its implementation.

The Summit is presided over by the Head of State or Government of the host-country and organized by a Bureau comprising the President-in-Office, the outgoing President and the incoming President (if already designated). 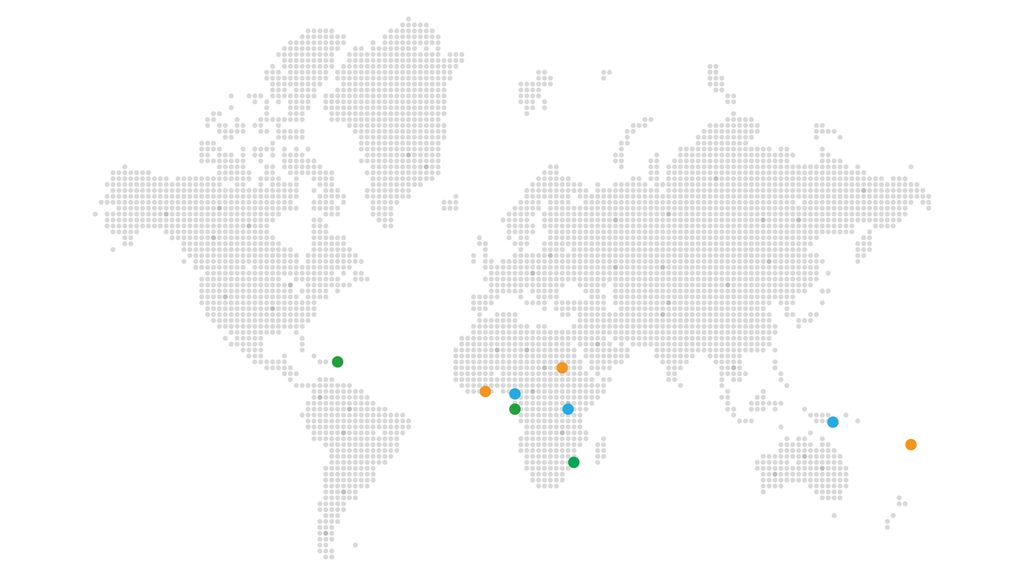 The Council of Ministers is the OACPS’ main decision-making body. It is the supreme body responsible for implementing the guidelines laid down by the Summit. Ministerial sectoral meetings are held regularly, namely, Meeting of Trade Ministers, Meeting of Ministers of Culture. The Council is composed of a member of Government from each Member of the OACPS or a government-designated representative. It outlines the terms and conditions for implementing the OACPS’ objectives as set out in its general policy, and periodically checks to see whether these objectives have been attained.

The Council meets twice annually in ordinary sessions. It may also meet, when necessary, in special session, on the advice of the President, after consultation with all the members of the Bureau.

The Council of Ministers elects its Bureau – headed by a President – at the end of each of its ordinary sessions. A system of rotation has been established to ensure that representatives from the six ACP regions have the opportunity to preside over the Council.

The Bureau is composed of nine members:

The acts of the Council of Ministers may take the form of decisions, resolutions or recommendations.

The Council of Ministers convenes meetings of Ministers responsible for different areas included among the Group´s objectives.

The Ministerial Trade Committee is a task force of Trade Ministers (a total of 18, three per region) responsible for conducting, coordinating and monitoring certain trade negotiations.

Meeting of Ministers of Culture

The first meeting of ACP Ministers of Culture took place in Dakar (Senegal) in May 2003. At the end of the meeting, a declaration and plan of action were adopted with the primary aim of implementing a development strategy based on culture and cultural industries, as expressed by the (then), Summit of ACP Heads of State and Government. The process of setting up an ACP Cultural Foundation was also begun and Haiti selected as the venue for the 1st ACP Cultural Festival scheduled for summer 2004.

These meetings are attended mainly by Ministers in charge of cooperation with the European Union.

Other meetings: Ministers of the Environment, Education, Science, etc.

The Committee presents its activity report at every session of the Council of Ministers.

The acts of the Committee of Ambassadors can take the form of decisions, resolutions or recommendations which are adopted on the basis of consensus among its members.

The Committee has six technical Subcommittees which cover the following areas:

The ACP-EU Joint Parliamentary Assembly (JPA) is a unique and permanent democratic institution which brings together an equal number of elected Members of Parliament from the African, Caribbean and Pacific (ACP) states and Members of the European Parliament.

Most of the work of the JPA is directed towards promoting human rights, democracy and greater understanding and cooperation between the European Union and the ACP states. The JPA aims to monitor the progress of the partnership and its contribution to the social and economic development of ACP states, as well as trade relations. To this ends, the JPA discusses and adopts resolutions on a variety of issues covered by the partnership, makes recommendations and contributes to parliamentary oversight.

A new framework for parliamentary cooperation beyond 2021

A new Agreement between the Organisation of the African, Caribbean and Pacific States (OACPS), which was negotiated from September 2018 to December 2020 will soon replace the Cotonou Agreement. The new agreement also provides for a concrete institutional parliamentary dimension based on annual meetings of the JPA and, in addition, the setting up of three Regional Parliamentary Assemblies (RPAs) for Africa, the Caribbean and the Pacific respectively. These RPAs will bring together Members of the European Parliament and parliamentarians from the ACP countries, who will at the same time be Members of the JPA, thus ensuring links between the different pillars and levels of the partnership.

Under the Cotonou Agreement, which was concluded in 2000 for 20 years, the representatives of the 78 Members of the OACPS meet their 78 European Parliament counterparts in plenary session for one week twice a year. The representatives of the OACPS must under normal circumstances be Members of Parliament. The JPA meets alternately in an OACPS or an EU Member State. The Assembly adopted its own Rules of Procedure to establish its way of functioning and ensure sound democratic practices.

The Assembly elects 2 Co-Presidents to direct its work, and also elects 24 Vice-Presidents (12 European and 12 ACP). The two Co-Presidents and the 24 Vice-Presidents constitute the JPA Bureau. The Bureau meets at least four times a year in order to ensure the continuity of the JPA’s work and to prepare new initiatives aiming in particular to boost and improve cooperation. It also considers topical political questions and adopts positions on all human rights cases.

Three standing committees were created in 2003 to draw up substantive proposals which are then put to the vote in the JPA plenary. These Committees are:

The Assembly regularly organises exploratory or fact-finding missions. JPA Members are thus in direct contact with the situation on the ground in the various developing countries which are signatories of the Cotonou Agreement. The impact of the JPA’s work thus goes well beyond economic considerations, and embraces the fundamental objectives of the Cotonou Agreement to ‘promote and expedite the economic, cultural and social development of the ACP States, with a view to contributing to peace and security and to promoting a stable and democratic political environment (Article 1)’.

The ACP-EU JPA is a democratic, parliamentary body that aims to promote and defend democratic processes in order to guarantee the right of each people to choose its own development objectives and how to attain them. 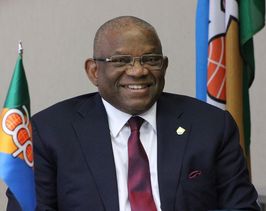 H.E. Georges Rebelo Pinto Chikoti was elected as the new Secretary-General of the Organisation of African, Caribbean and Pacific States (OACPS), formerly the ACP Group of States at the 110th Session of the ACP Council of Ministers meeting in Nairobi, Kenya, on 7 December 2019. Secretary-General Chikoti has devoted the majority of his professional career to diplomacy and international relations. 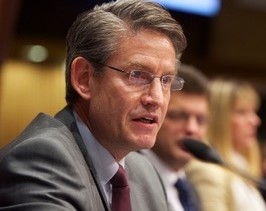 Andrew Bradley was appointed Chief of Staff in the Office of the Secretary-General of the Organisation of African, Caribbean and Pacific States (OACPS) on 1 March 2020.

During 2019, he advised Governments and International Organisations on governance, development and democracy. Mr. Bradley headed the Office of the International Institute for Democracy and Electoral Assistance (International IDEA) to the European Union (EU) in Brussels, Belgium from 2012 to 2018. He was stationed at the Headquarters of International IDEA in Stockholm, Sweden, from 2010 to 2011, where he led the Global Programmes Division of the Institute.

A South African native, Mr. Bradley served as the Assistant Secretary-General for Political Affairs and Human Development of the OACPS (formerly the ACP Group of States) from 2005 to 2010. Prior to that, he served as a diplomat in South African Embassies and Missions in Canada, Switzerland and Belgium, respectively. In this capacity, he contributed to the negotiations for South Africa’s accession to the ACP Group and the Lomé Convention (now Cotonou Agreement), and was a member of the South African Negotiating Team for the South Africa-EU Trade, Development and Cooperation Agreement (TDCA). In service to the ACP Group, Mr. Bradley participated in the first phase (all ACP) of negotiations for ACP-EU Economic Partnership Agreements (EPAs), contributed to the successful 2005 revision of the Cotonou Agreement, and coordinated the 2010 revision of the Agreement for the OACPS Secretariat.

In 2019, Mr. Bradley joined the Institut d’études européennes of the Université libre de Bruxelles (IEE-ULB) as a Scientific Collaborator, and the United Nations University Institute on Comparative Regional Integration Studies (UNU-CRIS) as a Research Fellow. Previous professional affiliations include membership of the Results Management Council (RMC) and Consultative Group (GC) of the World Bank’s Global Facility for Disaster Reduction and Recovery (GFDRR), Scientific Committee Member of the 2008 International Conference on Migration and Vulnerability of the United Nations University Institute for Environment and Human Security (UNU-EHS) from 2006 to 2008, and a Member of the Friends of the Forum of the United Nations Global Forum on Migration and Development (2008-2010).

The new Chief of Staff has authored and contributed to numerous articles and publications. His academic qualifications include graduate and post-graduate degrees and diplomas in Political Sciences, Strategic Studies, International Marketing and International Politics.